One of the most critical parameters for determining the quality of a photo is the angle at which the photo was taken. Even if you adhere to the essential principles of composition, a fascinating theme or object may not meet the expectations of the amateur to create a real masterpiece.

It is essential to find the only point of shooting and angle that will turn the image into a work of photo art, give it originality and uniqueness. Here are some tips on how to use your iPhone camera to take pictures that you want to share with your friends and who will be guaranteed a “long” life on the Internet and social networks.

Whenever you try to choose the best angle for a photo, you should always remember the balance of the composition and that the rise from which the shooting is made is of great importance for the horizontal and vertical ratio of the photo. Here’s what it looks like in practice. In this photography, the objects are a tree in the foreground and a mountain in the back. The image is balanced horizontally because the two items are “balanced” on opposite sides of space. However, the composition is not balanced vertically – in the top half of the frame, there is nothing remarkable, and all attention is focused on the bottom of the image.

And here is another angle of the same object. The next shot was taken from the same location, but the iPhone camera was positioned above, and its lens was pointed more downwards.

This photo is almost the opposite of the first one, as the vertical balance is shifted in the opposite direction – in the bottom half of the frame, there are no objects that attract attention. The entire visual “weight” is concentrated at the top. These examples suggest a solution in which the best way out is the alignment of both the tree and the mountains in the centre of the picture. However, in this case, the entire composition will be centred, and the top and bottom of the frame will look empty.

However, in this case, a way out was found – a shadow from the tree was added to the composition of the bottom of the painting. To do this, the author of the picture had to get closer to the tree so that the shadow was visible. Now the tree occupies the upper and central parts of the frame, the mountain is the centre, and the shadow gives saturation to the lower third of the image.

We look at the world from the height of our eyes, and therefore it is only natural that we take photos from the same size. However, in many situations, shooting from the crown of human growth objects such as children, pets, or plants almost always leads to poor results.

Taking pictures of children and animals, you need to “go down to their height” and take photos from their height to see and capture the world from their point of view.

A great way to make photos more personal is to get as close to the subject as possible. In this way, the images will be able to convey a sense of intimacy, which can usually be found only in real life.

Also, approaching the object, you are sure to fulfil the previous condition – take a picture from the height of the item.

If possible, try to choose an angle that will show the perspective in the picture. There are several different ways to achieve this. If the subject is far away to offer perspective, you need to add a large object to the composition in the foreground, as shown below.

If the view extends into the distance to reinforce the perspective, you can use a higher angle to shoot, as shown in the next photo. The picture is taken from the stairs, and the silhouette of the woman (the main object of the image) is located against the background of the street, which goes far into the ground.

Another great way to enhance the perspective is to remove the earth or surface of an object. This method creates an exaggerated view, enlarging objects in the foreground and highlighting the details at ground level, making the image more exciting.

An easy way to significantly improve photos and make scenes exciting is to use reflections from the surface of the water, such as mirrors, storefronts and puddles.

You can include both the main object and its reflection in the composition, or you can focus solely on the reflected objects, making them more visible than other parts of the photo. Often, to take a good picture, you need to place the iPhone lens directly above the reflective surface. If you lift the camera a little higher, the reflected image will lose saturation and clarity.

Approaching the surface of the water will also allow the use of even the smallest waves (which can be created by themselves) to create perspective and distortion of reflection.

The impression of many photos can be significantly enhanced by the addition of shadows to the composition. This works exceptionally well when you shoot at the so-called “golden hour” – an hour before sunset (or after sunrise), when the shadows become longer and much clearer.

To be sure that shadows fit into the rest of the composition, they need to be treated the same as other objects and themes of the photo. This often means that shadow photos have to be taken from a high point, and most of the image space will occupy the surface of the earth.

Choosing a shooting point when the camera is at the height of the hip is one of the best ways to improve the photos on the street as well as other images of people (not portrait). By changing the angle, you can make the picture more dynamic and exciting just because we don’t usually look at other people from that point of view.

To do this, you can kneel, keeping full control of the shooting process, or omit the iPhone and literally “shoot from the hip” to add some element of randomness to the photo.

You may have to kneel or lie down on the pavement, climb five steps up or go down, look beyond the edge of the abyss or look up. Always keep experimenting with the unique angle of shooting and you won’t be disappointed with the results.

Which Phone is Right for Your Lifestyle?

The Advantages Of Utilizing Managed IT services 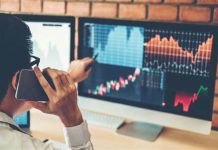 How Technology Is Disrupting the Global Remittance Industry 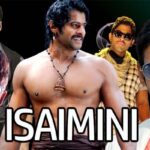 admin - April 9, 2022
0
When it comes to shipping your car, you want to make sure that you are doing it right. It can be a difficult task...

How To Find The Best Restaurant Kiosk

admin - December 23, 2021
0
In today's restaurant world, you know how tough it can be to get new customers and retain current ones. To do so, customers must...

Connecting Technological Thread Between Medicine and You!

admin - April 21, 2021
0
Technological advancement has been a blessing in disguise for us. Ever since God has created man, He has also created diseases in that body...

How choose the best internet service?

admin - March 17, 2022
0
The internet has made it possible for more and more activities to be done online with practicality and effectiveness. Studying, working, participating in online...